How did the famous Swiss clown Grock reign for half a century on all circus and music-hall stages, to the point of becoming one of the most famous artists in the world? Thanks to the man behind the mask, Adrien Wettach, the other side of the virtuoso clown, that of a pioneering entrepreneur in show business, who makes his character a product. At the risk of getting lost during the Second World War. 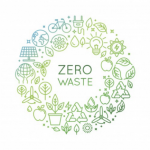