To respond to the CEA’s problem of the attractiveness of scientific professions, we have set up an original marketing campaign with :

In addition to the traditional broadcasts, the campaign had many relays among media partners and the scientific community, but also an international reach with documentaries via festivals around the world and multiple broadcasts in various countries 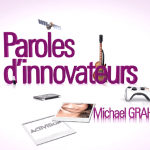