The film is a succession of phone calls between Wissam, a young Palestinian, and Sam, a young French director. Together they evoke the memories of a phantasmagorical Gaza where bakers seduce young girls and vegetable sellers take us into the fabulous world of Djinns. 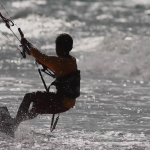 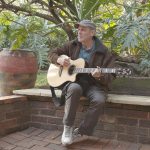 Johnny Clegg, the white Zulu Next